Foster care in Canada has its regional differences, but the system itself is pretty standardized. Around the world, however, while most countries have some form of formalized foster care the differences from one to the next can be pretty significant.

Basic definitions like what a child is (age range) and why a child would be placed in out-of-home care change from one region to the next. Some countries rely on institutions over family-based care.

The child protection model, used in countries like Canada and the U.S., focuses on the safety of at-risk children and families. The report notes that under this model, foster care is often stigmatizing.

The family service model, used in a number of countries including France and Germany, aims to minimize stigma and keep the family together.

The community caring model is used by groups like the First Nations people in Canada and the Maori in New Zealand. This model keeps children with relatives or within their community. The report describes this as a holistic approach that carries no stigma.

Within Canada’s child protection model there is growing support for “family-based care” – working to keep kids in a family environment instead of an alternative like a group home. This is the model we follow at Quinte Children’s Homes, which is why our foster parents – Parent Therapists – play such a critical role.

Unfortunately, as the number of kids in care has increased the number of new foster families has not kept pace; among other factors, people often see being a foster parent as altruistic and more volunteerism than professionalism.

Research increasingly shows that family-based care gives kids the greatest chance of success in life. One white paper in the U.S. noted that “preparing to become an adult is incremental; the process begins in childhood and continues into the teen years and beyond. Young people generally learn key life skills…in the context of family.” 1

Without that family environment, the paper argues, youth are left to develop these skills on their own – usually with poor results: they often don’t pursue education, end up in jobs that don’t pay a living wage, end up in jail, or face any number of social challenges like homelessness and addiction.

A future blog post will look at child welfare in Canada – both in and out of foster care. This can vary significantly from one country to the next – and compared to other wealthy countries, it seems Canada still has a lot of room to grow. 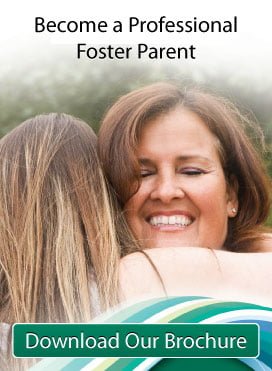